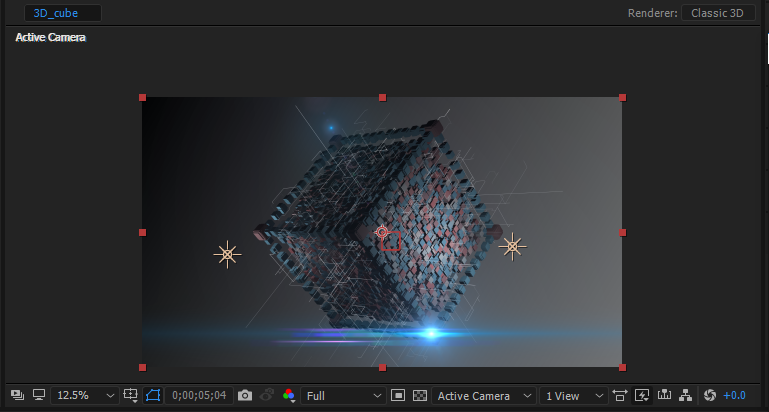 Speed up your rendering times in After Effects with these quick tips.

After Effects is one of those programs which is hated and loved by many at the same time. While you can create astonishing effects and footage it is really intensive on your hardware. Even the toughest and most expensive configuration can struggle if the composition is full of CPU, GPU intensive effects. Here are some great tips what to do if you want to speed up your rendering times in After Effects.

As mentioned previously, After Effects is demanding a lot of processing power. And while not all of us are using high-end PCs in order to render our composition, upgrading the CPU will help you to generate the previews and speed up overall workflow. If you want to do that it is recommended to check the motherboard you are using and what are the processors that you can mount on the socket. As newer generation processors come out each year, the cost of the old ones are becoming more cheaper and more affordable to purchase. After all it is much cheaper than buying a new computer.

Try choosing a higher frequency CPU as it will allow you to perform multiple operations in the same amount of time compared to a lower clocked CPU.

After Effects is an incredibly intense program for your graphics card (no surprise, right?) And while there may be hundreds of graphics cards available for your computer, only a few are recommended by Adobe to run After Effects. Adobe specifically recommends certain GeForce, Quadro, and Tesla cards. You can find the full list on the system requirements page on Adobe’s website. If you’re using a sub-par card, you’ll likely see an instant render speed increase when you switch. It was a surprise for me to see that even if my laptop hard an ATI Radeon 8500 series graphics cards, Adobe was not able to utilize it.

Check out Adobe’s list of supported GPUs to choose the right one for you. Follow this link.

Solid-State Drives are really meant for speed. Not only that they will increase rendering speeds in After Effect, but it will speed up your computer in general. This way your entire workflow will be sped up. While initially Solid State Drives were considered an expensive thing in the past, the prices have dropped recently. You can purchase yourself a 256 gig drive for around $100. It is worth the upgrade. With a solid state drive After Effects will be able to load assets, reference the cache, and load effects much faster….all leading to reduced render times.

When you render your footage to the same hard-drive your project is saved on, you are forcing that hard-drive to perform two operations simultaneously: read and write. While this doesn’t lead to render times that are twice as slow, it does lead to reduced render times. Instead, try using one hard drive to run the program with assets and another hard drive to render the finished video.

One great solution would be to have 2 solid state drives + 1 larger capacity hard drive. While it sounds great, if you are using a laptop it might not be achievable. Hard drives are really cheap. You can purchase a 2Tb hard drive at the price of a 256Gb SSD.

While the minimum requirements for Adobe After Effects is 4Gb of RAM, that is the bare minimum. Don’t expect to render your footage in a couple of seconds or the have fast RAM previews. After Effects uses plenty of memory. While the minimum is 4Gb, I really recommend to have at least 8Gb. If you use After Effects at a daily basis then I recommend to have more than 16Gb. It is not uncommon for professional AE users to have 32 Gb or RAM or even more. Just make sure that they are compatible with your PC or are all of the same kind. Just not to have compatibility issues afterwards.

After Effects has the hand ability to render out multiple frames at the same time using multiple processing cores. By default, multiprocessing isn’t turned on in After Effects, you have to do it by hand. To do so navigate to After Effects>Preferences>Memory & Multiprocessing. A screen that looks like this will pop up: 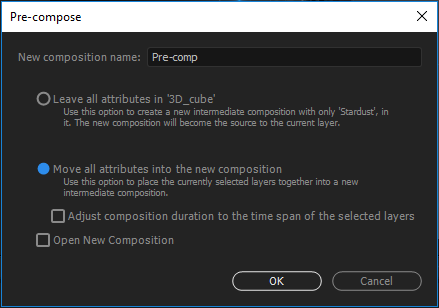 8. Clean up your Composition

Files that are actually out of the video frame will still take a toll on the rendering time, especially if you are using 3D cameras. If your goal is to optimize render times you need to use the trim feature (option + [ or ]) to trim your layers up to the exact frame that they will be used in your composition.

Ray-Traced 3D layers was one of the coolest features introduced into After Effects in CS6 – finally a way to create 3D models directly in After Effects! This excitement was short-lived though, as Ray tracing takes way to long to be practical for everyday use. Make sure your composition is set to Classic 3D instead of Ray-Traced 3D before you render. If you don’t you will see your render time increase by at least double. 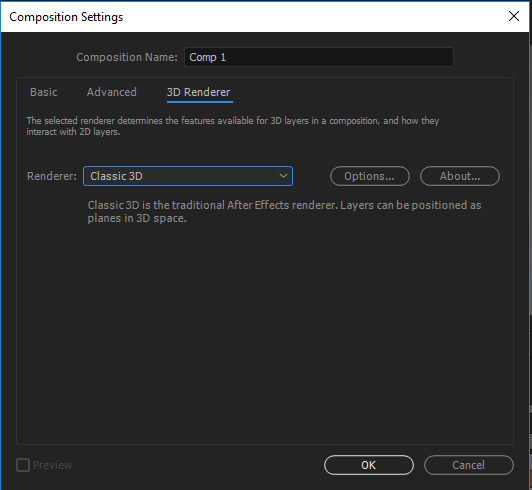 It can be easy to forget, especially when using the Adobe Dynamic Link, but before you render a composition in After Effects you need close out all the unused programs running on your computer. This will free up space for your CPU to run After Effects.

Less compressed codecs like MOV take longer to render in After Effects than smaller codecs like H.264 or ProRes. It’s important to ask yourself what your video will be used for once it’s done. Will it be on TV or simply embedded on the web? If it’s going online, chances are it’s going to be incredibly compressed anyways. So maybe you don’t need to export your video as lossless?

If you have issues rendering 4K compositions I recommend you the following article:

13. Turn Off Motion Blur, Depth of Field, & 3D if Unnecessary

When it comes down to increasing your render speed in After Effects you need to ask yourself, “will this feature be used in my video?” Often you can toggle unused features off to make your render times much faster. For example, if you don’t need your layers to have motion blur you can toggle the motion graphics button to off. If you have a 3D camera do you really need to have depth of field or are you trying to get a 2D flat look? If your layers are set to 3D is it for a good reason? Could you simulate 3D by scaling down your objects and moving them in 2D space?

Not all effects are created equal. Some take more time than others to render. To speed up render times you need to become very selective about the effects you use. Most effects have been optimized to render across multiple threads on your CPU, but there are a few that will only allow After Effects to use one thread at a time. If an effect only uses one thread it will take much more time to render. These effects are:

While each update to After Effects may not seem revolutionary, Adobe is constantly trying to make After Effects faster and more optimized for users. It is important to install the latest version of After Effects available to you. Sure, back in the day it was a large financial commitment to purchase each Creative Suite update as they would be released, but now that the Creative Cloud is prevalent you should always have the latest update.

16. Use Media Encoder to Export Compositions

One of the biggest problems with using the render queue in After Effects is the fact that you can’t do anything else while rendering. This can be easily fixed with the following trick. If you have also Media Encoder installed you can render directly your composition in Media Encoder. This way you will be able to work on other project while your actual composition is being rendered. But please take into account that in order to do that you will need a quite capable machine. Don’t think that you will be able to perform parallel activity on an Intel core i3 system. 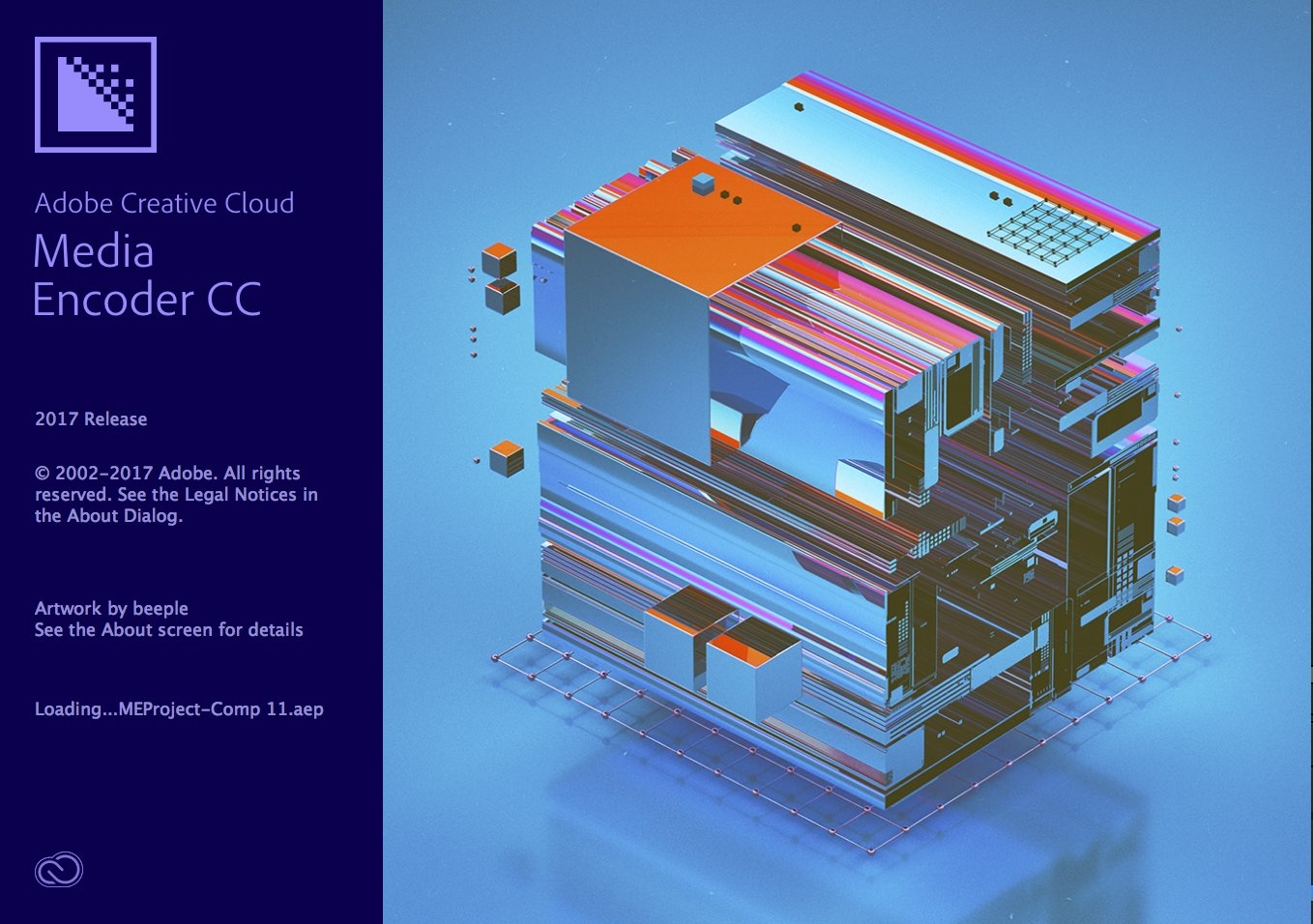