Does your footage plays too fast in some portions of the timeline? In this article you will find out what is the reason for that and how to solve it. We will see how to solve playback issues (too fast) in Premiere Pro.

Working on one of the project I have noticed that when I imported the clip in Adobe Premiere Pro’s timeline the clip was playing fast in some portions. Therefore I could synchronize the video with the separate audio file. I think that I have read at least 20-30 websites to understand what is happening. If you played back the video with a normal video player everything was fine. But when I imported it in Premiere and dragged it on the timeline the above mentioned problems appears. To solve the issue I needed to make a root cause analysis to find out what could generate this behavior. My assumption was that the following things should be creating this strange phenomenon:

Cause of the problem

While I have been creating 4K video in After Effects in the past with this system, I was very confident that the problem is elsewhere. So the next on the list that I needed to investigate was whether there is some sort of bug in the Adobe Premiere Pro CC 2015 version on the file. Therefor I started doing some research on the internet. What I found out is that in some situations the synchronization problems was due to the Default Input of the Audio Hardware. A lot of people on the Internet confirming that setting this setting to No Input solves the problem. You can access this setting from the Edit\Preferences menu. 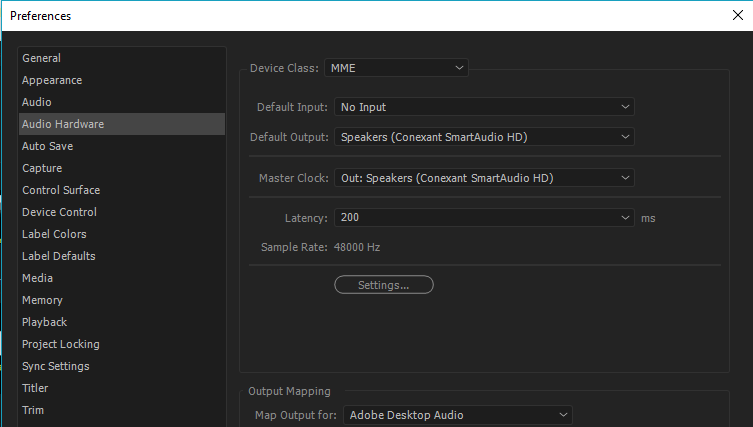 If you have sync problems with your separate audio file I recommend to check out this setting. Unfortunately for me the problem was somewhere else. First of all on the 2015 version of Premiere Pro there was no possibility to set it to No Input.

Secondly, even after upgrading to Premiere Pro CC 2017 setting it to No Input, the problem persisted. As a consequence I needed to continue the investigation. There were very few articles dealing with video speeding up during playback in Premiere Pro. Finally I found an article dealing with variable frame rates on Android phones and not only. I knew that this needed to be tested.

What to use to solve video files with variable frame rate?

I needed to find out what software could be used to set the footage from variable frame rate to a fixed frame rate. Luckily I found a free software called HandBrake. Some of you may be familiar with this software, but I was really happy to find it. This can be downloaded from HandBrake’s official website. Just follow the link and download it for Windows, Mac or Ubuntu. Below I attach you a screen shot on the way you should set it up. 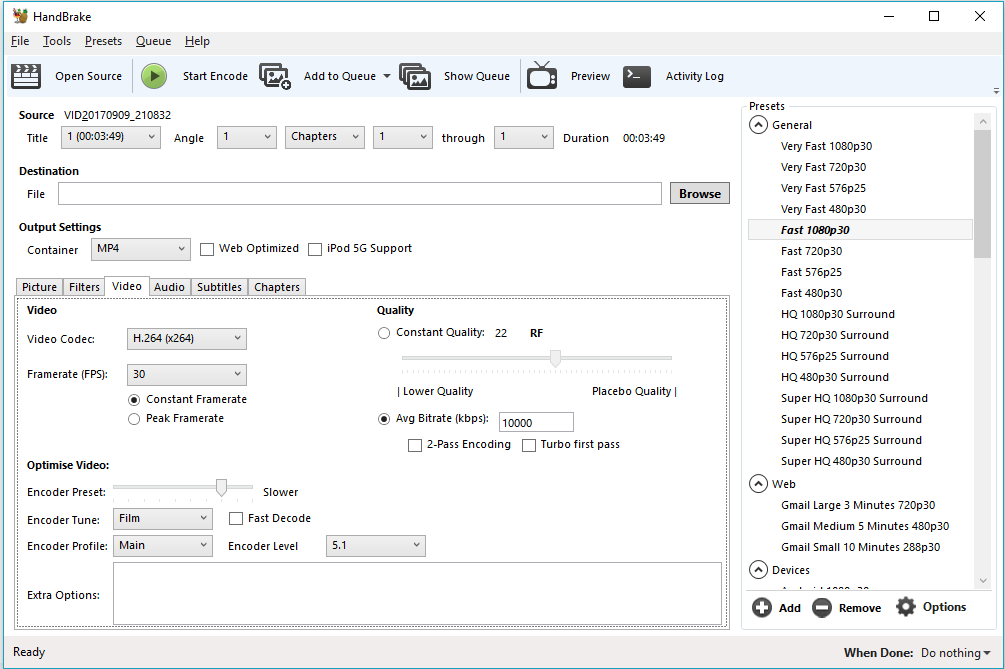 So, basically you should set the Angle to 1, select Chapters so you will not have any de-synchronization problems. Next you should select the video tab. This is where the magic happens. You should pick the frame rate you video was recorded. In my case this value was 30 FPS. The next step is very important. You need to set it to Constant Framerate. This is the root cause of the video speeding up. Encoder preset will let you choose how fast the program should encode the file. Sliding it to the left will speed up the encoding process. Avg bitrate depends on the bitrate the footage was recorded. Finally press Start Encode button the more or less that’s it. You are ready to go.

Today smartphones are becoming more and more affordable and with better performances. No wonder people use them to record videos on events. And although this is not considered “professional”, you cannot go to an event with the latest dslr or video camera on the market. Sadly enough Premiere Pro isn’t able to deal so far with variable frame rate videos, which is a real pity. Other software like Sony Vega have no issue with this.

I hope that the article will solve playback issues (too fast) in Premiere Pro when facing a similar situation. Leave a feedback in the comment section below. Have you faced similar problems? 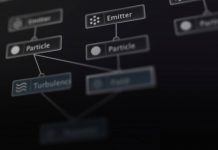 Should I get a full frame DSLR camera as my first...