Based on the “Zen+” processor and produced using a 12 nm manufacturing process developed by GlobalFoundries, the new AMD Ryzen 2000 promise higher CPU frequencies and more energy efficiency management. AMD confirmed the 2nd generation of Ryzen processors which will hit the shelves probably in May 2018. Currently AMD is using a 14 nm manufacturing processor the current Ryzen and Threadripper series processors. The information seems to be confirmed also by wccftech.com which has an abundant quantity of information about this topic

You should not confuse the “Zen+” processor with the Zen2. The “Zen+” processor is an improved version of the existing Zen processor which is used on the actual AMD Ryzen and Threadripper family. With an improved manufacturing process together with technologies like Precision Boost 2 and XFR 2, the Zen+ processor improves the overall performance in applications that use less execution threads. One particular example for this are games where the improved algorithms for the Boost management reduce the fluctuations of the frequency. This way the new processor can assure consistent performance in applications that need a variable load on the processor. 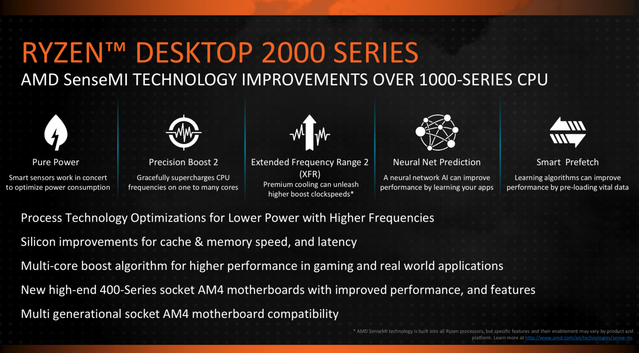 The Zen2 processor will be the next step and will be built on the 7 nm manufacturing processor. These will hit the market probably in 2019, followed by the Zen3 a year later in 2020. 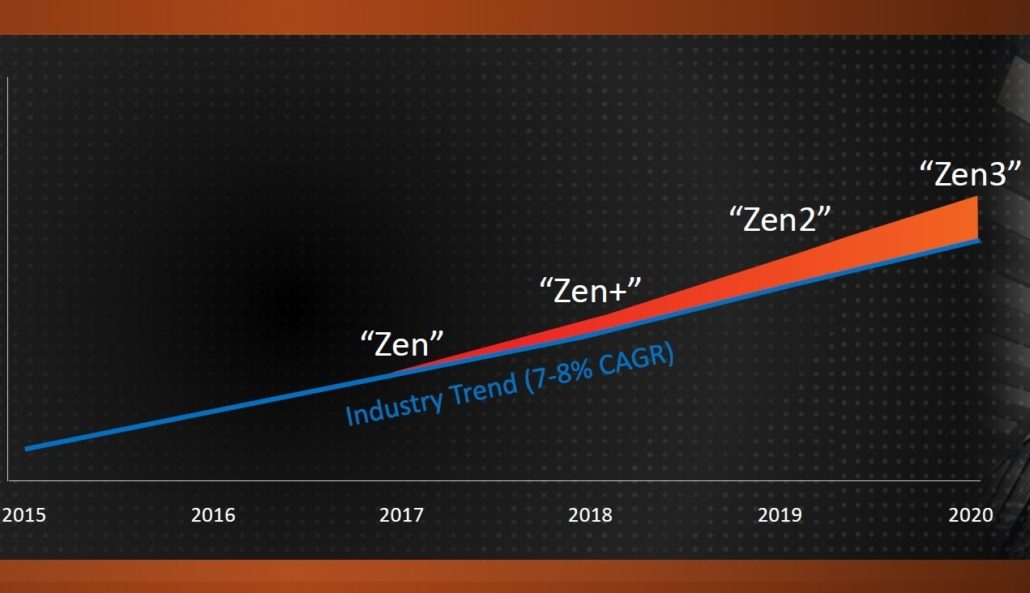 Even in processor intensive applications we will see at least a 10% improvement thanks to the higher CPU frequencies. In the same time the energy consumption could remain at the same level thanks to the improved 12 nm manufacturing process.

AMD will officially launch the Ryzen 2000-series processors in April. Launched together with new motherboards based on AM4 socket but equipped with the X470 chipset. These will be optimized for the Zen+ processor. Still, we need to highlight and important information. The new processors will work together with the actual motherboards with X370 chipset. A simple BIOS update will assure the compatibility.

The Zen+ processors will be included also on the Threadripper family. Sadly we will need to wait until Q2/2018 for that to happen. We will probably see the same improvement in frequency and energy efficiency just like for the Ryzen 2000-series.